Celebrities Without An Estate Plan: A Cautionary Tale

Celebrities Without An Estate Plan: A Cautionary Tale

When we hear in the news the passing away of a celebrity, we often think of their lives and their many accomplishments.  We think about their families and how sad it must be for them.  We never think about how their families are affected by plans made to distribute their estate.  Shockingly, many celebrities die without correct estate planning, creating a nightmare of problems for their next of kin.   When this happens, their estate gets tied up in the court system.  Their estate becomes spoiled by court costs and attorneys.  Often times their families end up waiting for years to receive their share, if they receive it at all.

Legendary Pop Star, Prince, had an estate worth an estimated $200 million when he died in unexpectedly in 2016.  Shockingly, Prince died without any estate planning whatsoever, not even a basic will. An estate like Prince’s should have gone through extensive planning with trusts set up to protect his assets from estate taxes and to distribute to his next of kin.  Instead, three years later, not a single penny has been paid to his six surviving siblings.  Why?  Without a will his estate has to go through the worst kind of probate, intestate probate. In a case of probate for intestate succession, the local court is responsible for the division of your estate.  The first step in that is assessing the value of the estate.  This is where the problem lies, the value of Prince’s estate has fluctuated since his death because suddenly, all of his assets have changed value due to demand and scarcity.  Ie- He’s no longer signing autographs, so the value of his autograph has skyrocketed.  Various documents have been filed with the court system in an attempt to give the estate number value, but nothing has been settled on.

However, when this vital step is completed, his family still won’t get a payout.  The IRS has to get it’s share of estate tax, about 40% of the value of the estate, then the state of Minnesota, about 16%.  That is a huge chunk of money, probably at least $100 million that the family will never see.  This amount could have been reduced greatly, or even eliminated if there had there been proper estate planning.  Even then, any leftover attorney fees need to be paid out before the family gets anything.  But it is not like nothing has been paid out.  The IRS has already received payment from the estate on back income taxes accrued during his life, and the attorneys have also been compensated quite nicely.  In the end, his heirs and successors will not receive the princely sum that they should have, had there been proper estate planning.

When Queen of Soul Aretha Franklin passed away in August of 2018, it was first reported that she, like Prince, died without a will.  Since then it was discovered that she died not just one will, but three.  Not only that, but the wills were hand written, not executed, and placed in various locations around the house.  Handwritten wills are called holographic wills in most states they are not valid and cannot be admitted to probate.  If that is the case, then the court treats the case as if there were no will at all, although parties could use the holographic will as evidence of what the deceased wanted done with their property.  However, this is very a very difficult process.

Luckily in Michigan, where she died, is one of the few states that allows for holographic wills.  But which one is the valid will?  Two were found locked in a cabinet.  One, the most recent one, was found in a notebook underneath a couch.  It is nearly illegible with plenty of cross-outs and margin notes.  It is up to the courts to decide which one is the valid will.  In this type of case, it is common for heirs to file petitions fighting over which will is valid based on which one benefits them the most.  This inevitably results the estate being spoiled by attorneys fees and court costs.

The court will ultimately determine which will is valid by evaluating which will best reflects her intentions.  This doesn’t necessarily mean that the most recent will is the one that they decide is best.  That the most recent one was pretty much illegible and found under a couch in a notebook is evidence that it was not a full and complete reflection of the deceased’s intentions at the time it was written.  It could also be argued that the copies which were locked up were treated that way because they best reflected the deceased’s intention at the time it was written.  This is the key, if a document does not accurately reflect the decedent’s will when it was written, it is invalid.  Regardless, it doesn’t look like the family will be receiving anything any time soon.  Like Prince, the only ones who have benefited from the estate so far are the IRS, who have been paid at least $3 million in back taxes, and the attorneys billing the estate. 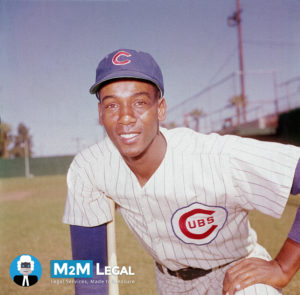 In the executed documents, Banks directed control of his entire estate to his caretaker, Regina Rice, who was appointed as trustee of a trust Banks established as grantor.  It is alleged that the estate plan made no provision for his wife and children.  When Banks died and Rice attempted to enforce her powers as trustee, Banks’s widow challenged the validity of the plan in court.  After nearly four years of litigation, the estate still has not been settled.

This episode raises flags from the beginning.  The goal of proper estate planning is to avoid litigation, but the facts behind the scenes show that as the plan was set up, litigation was inevitable.  The first red flag comes because this is a case of an elderly person who is creating this estate plan under the influence of an third party who ends up being the sole beneficiary of the estate.  This red flag is  particularly strong if the third party is a not immediate next of kin.  The questions which should automatically come to mind is, whether or not the client is being taken advantage of, and whether the third party is exercising undue influence. In most cases, an attorney should not be a party in the drafting of such documents, knowing that they would be immediately challenged for validity.  The second red flag comes in where a spouse and/or children are completely divested of any benefit from the estate plan.  This is particularly true when the spouse and children is divested of any beneficiary status in the plan itself.  The third red flag comes in if there is any question whatsoever about the mental state of the client.  If a client comes in with a questionable mental state, especially if the client is elderly, the attorney must do due diligence to ensure that the person is of sound mind.  This includes asking questions about mental health, and whether or not the person has gone through any treatment, and asking more than one third party whether or not the individual has had any diagnosis of mental illness.

Here we are dealing with people of considerable wealth and/or notoriety, what does this mean to the average person?  In truth, almost everyone needs some sort of estate plan, whether it is a simple will, or a trust based estate plan.  At M2M Legal we have created something special assist us in finding out what’s best for our clients.  Lawbot is a simple web tool designed to help you with your estate plan.  Come and say hi to him, and within 24 hours we will have a good idea of what you might need.

Will vs Trust: How do I know what I need?